Due to the current covid COVID-19 restrictions in place, the LCGPS has decided to not hold Public Ghost Hunts in 2021. Thank you for your support and patronage, we hope to be back in 2022! 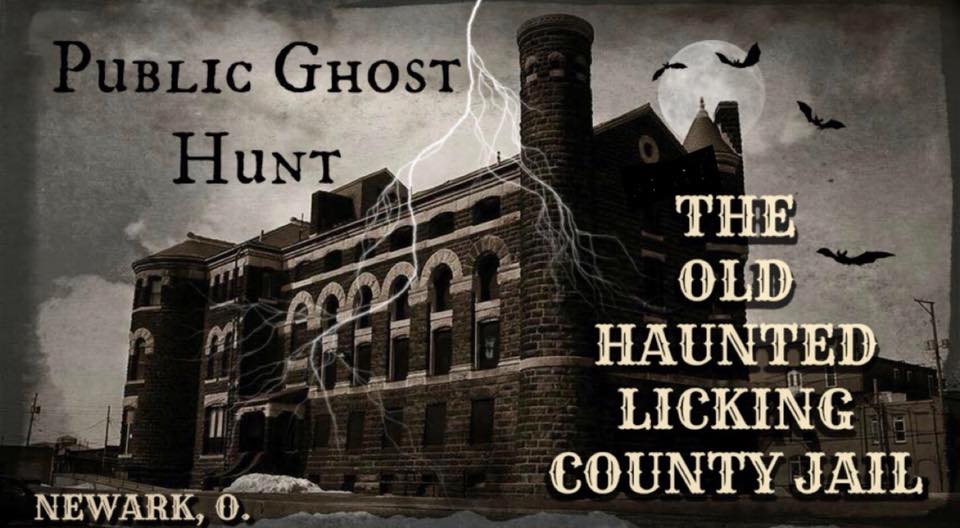 *$65 per person
*Must be 18 years of age
*Must have valid photo ID at check-in and sign waiver (the waiver also acknowledges that you have thoroughly read and understood the rules and regulations).
*Bring your own ghost hunting equipment as we will not be providing any for you
*Only the first floor is wheelchair accessible
*Tickets are non-refundable

After careful consideration regarding the health and safety of our patrons and volunteers, we have made the difficult decision to cancel the remaining public ghost hunts for this season.

Following and increased concern for a resurgence of Covid19 or corona-virus in the fall and according to our Governor and the Ohio Department of Health, we felt that cancelling these events was the best way to precede during such an unprecedented time.

Thank you for your understanding!

*Public Ghost Hunt lasts from 9pm to 4am
*A complimentary guided historic tour of the entire jail for the group that lasts approx. 1 hour (9-10:30pm)
*You will have free roam of the jail. YOU are your own tour guide. There will be a few of us there to assist you if you need us throughout the night.
*Complimentary pizza provided at 11pm. Snacks and refreshments provided throughout the entire night in a centralized location.
*This jail is heated
*Public restrooms are available in this building

Join us at this incredibly haunted historic location that has also been featured on The Travel Channels "Ghost Adventures"! Chad Lindberg of the Fast & the Furious also walked the dark corridors cell-blocks of this old jail and deemed it incredibly haunted, and was also featured in the paranormal film "God don't make the laws".

Over the years, there has been much interest and discussion over some of the unexplained occurrences that have taken place within the walls of this now desolate fortress. Paranormal groups from all over the country have investigated this location and never seem to leave without any questionable evidence or personal experiences they just could not explain.

Is this old jail haunted? We invite you to come see for yourself!

Opening its doors in 1889, this historic location is partially surrounded by the original and very ornate ironwork fence, this eerie jail was also built with brownstone that was quarried in from Millersburg, Ohio. This Richardson Romanesque style building designed by architect Joseph W. Yost who also happened to design Orton Hall on the Ohio State University campus in Columbus, Ohio - truly exudes a Gothic castle like feel to its ominous appearance and stature. This jail remained in operation all the way to 1987 when it no longer met state standards.

This eerie structure adds the the ghoulish appeal of this 130 year old jail where it has now been confirmed that at least 22 people have died within these walls, many of them by suicides.

The haunted history of the jail is marked by the brutal murder of Carl Etherington - a dry agent with the Anti-Saloon League during Prohibition. He was being held that the jail for his own safety from a lynch mob as a crowd of 500 gathered on the north side of the jail thirsting for Carl's death. The crowd broke through the gates and stormed the jail. Etherington was almost beaten to death with a sledge hammer on the second floor cell-block (or did he REALLY die in his cell)?
According to local folklore, more than 5,000 people came in to see his body which had been dragged from the jail and tied to a telegraph pole on the southeast corner of the town square ultimately ending his life. Carl Etherington was only 17 years old at the time of his untimely death.

True believers in the paranormal and skeptics alike have reported hearing cell doors slamming, being touched, whispering in your ear, whistles, the sounds of footsteps - some of those being what seemed residual, the jingling of keys, screams and moaning, as well as seeing strange light anomalies, full shadow figures, and photos with unexpected images in them - just to name a few!

Morning. Noon, or Night - you just never know what might be lurking around this ominous location!